Loan Mods Are Not Working

Despite high hopes and great fanfare, loan mods, it seems, are just not working. Various figures have been bandied about. At the beginning of December, Treasury Department officials determined that about 700,000 mortgage modifications were in process under the federal HAMP [Home Affordable Modification Program], announced in March 2009, but only about 31,000 had actually been made permament. 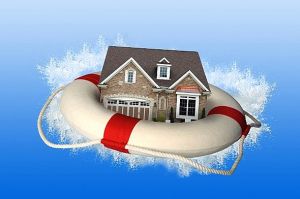 Those figures are dismal enough, but here’s the kicker–about 25% of homeowners who received mods have already fallen behind on their payments!

Many excuses have been offered for these pathetic figures: paperwork gets lost, homeowners lose patience with the tedious process, the process is so long homeowners’ situations have changed drastically. Some blame the Obama administration. Here’s what I see.

No matter how much the Obama administration admonishes banks to do these mods, the banks are clearly dragging their feet. Good old B of A, for instance, claims 158,000 trial mods, but only 98 have been made permanent. In a year! Then, there’s JP Morgan. It approved 16,000 loan mods in a year, but says it’s a “struggle” to make them permanent  because only half  of those who have completed the 3-month trial program had completed all the paperwork, read financial statements.

There’s the real issue…Banks require a ton of paperwork, far more and far more complex than most homeowners have either the time or the capacity to supply. It’s a huge job. I know because I have helped many homeowners complete it. As with everything else, the banks take forever to process the paperwork, yes, often losing it and requesting replacements or updates, drawing out the time frame to 6,7, or 9 months before even a 3-month trial period begins. In the meantime, the homeowner who often waited until he was up against it to even apply for the mod is supposed to continue making the regular payment.

Oh, and did I mention, that losing a job or having hours cut back may eliminate the chance to even get a mod.  Why? Because although homeowners focus on the hardship, banks focus on the income. If you want a loan mod, you had better have sufficient income. How much is enough? Good question? The problem is the answer changes from month to month and bank to bank. But, here’s the bottom line: if you have  real financial hardship, you probably won’t get a loan mod.

So far, I haven’t seen any official statistics on what amount of relief the loan mods already processed have actually offered to the homeowners. One survey says $640 a month or 40% reduction. If that’s true, not bad. Unfortunately, I don’t think it’s accurate.  The ones that I have seen offer much less and usually require a several thousand dollar payment to get  into the trial period.

Loan Balance Reduction Is a Dream

What is most significant to the homeowner and why most start this tedious loan mod process is to obtain a loan balance reduction. In my experience, that is completely fanciful.  None that I have seen include a principal reduction, though many I meet claim to know someone else who got one.  I’ve never met one of these mythical creatures.

Think about it: prices around here have dropped 40% or more in the last 2 years.  How do you feel about paying your $600,000 mortgage when similar homes in your area are now selling for $300,000? Yet, the banks are not offering these homeowners struggling to make their payments any reduction in their principal balance. Extending the loan to 40 years, yes–but no reduction in loan balance.

What’s the answer? Try doing the loan mod if you are willing to put in the time and effort involved. At the same time, though, I recommend attempting a loan restructuring. Next post will explain the process.