Believe it or not, one bank has actually started offering automatic loan mods. No more reams of paperwork delving into intimate financial records of borrowers [treated more like beggars], no more waiting for six months, eight months and even more than a year to get an answer from the haughty banks. Finally, one bank, JP Morgan Chase, is automatically writing loan mod contracts for its underwater borrowers. 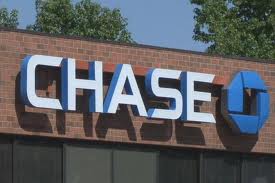 Yes, it’s true. Some Chase customers are getting loans mods, offering rate reductions, principal reductions or both–all without having to file the onerous paperwork. In one case cited by CNN Money, Chase surprised a Darrington, Wash. couple, who had tried, without success, to effect a loan mod with the very same bank, with a loan mod reducing their interest rate from 6.5% to 2.8% for five years and then a fixed 3.19% for the remaining 18 years of their loan, saving them $229 a month. For this couple, still suffering with job loss as well as an underwater house, it was just like winning the lottery.

Why would Chase be doing this? Is this a trick?

It’s not a trick. In fact, in accordance with the $25-billion mortgage settlement agreed to a few months ago by 49 out of 50 attorneys general, discussed in a previous post, Chase’s share of the payout burden is $4.2 billion.  Because banks get “extra credit” for acting quickly and making their mods during the first year, Chase  bit the bullet and decided to go ahead and make loan mod offers to thousands of underwater borrowers. In the past, contacting all these homeowners has proven difficult if not impossible. Many homeowners are so inundated with financial woes they no longer read their mail or answer the phone. Many underwater homeowners move out, anticipating a foreclosure.

Borrowers who receive the loan mod offers must, of course, sign the new contracts which typically would run for 5 years and then, most important, start making the new payments which are usually hundreds of dollars less than the previous amounts. Between March and June 2012, Chase claims that it has completed 3,086 loan mods,  $359 million’s  worth.

But, Isn’t The Housing Crisis Over By Now?

To understand how deep-seated this problem is despite the good news we’ve been hearing about home prices rising,  look at what Chase, just one of the five major banks involved, says it still has to do: another 11,500 loan mods. I say, “Bravo,” to Chase for undertaking to honor the settlement. It is too bad, though, that the banks had to be forced by litigation to treat their borrowers like human beings. Makes you wonder what else we could get the banks to cough up if the federal government would just hold their feet to the fire just a teensy, weensy bit?